It is an undeniable fact that the Australia demographic is becoming more diverse day after day. Alongside the exceptional numbers of tourists visiting every year, marketing campaigns have to be altered accordingly to maximise its effect in creating brand awareness and increasing sales and conversion.

The Leeway To The Wider Chinese-Speaking Population

As one of the major forms of communication in China, WeChat has become the key portal to reach the Chinese-speaking population around the world. With its original focus on Chinese and the lack of competition in China, WeChat followed the path of Facebook in linking the wider Chinese population together. The implementation of WeChat allowed migrated relatives to keep close contact with their members in China which collided with the strong sense of family unity in the Chinese population.

Because of such relationship and the economic and trading growth of China, WeChat has been widely adopted outside of China as well. Chinese-literate population in Malaysia, Singapore, Indonesia, Australia and as far as Canada have gradually take up WeChat as one of their major social media channels. There are 3 million WeChat users in Australia alone. Surprisingly, 38% of those do not speak Chinese at all, signifying the reach of WeChat outside of the Chinese population.

While WeChat created a major source of traffic, the executive of Tencents built marketing-focused features including WeChat Official Account and WeChat Mini Program to extend the marketing platform of WeChat into a holistic space, compiling of traffic (from WeChat), content creation and distribution (by Official Account) and conversion (through Mini Program).

While there are pros, cons and opportunities in developing WeChat Mini Program, the initial concept and implementation of Mini Program has shown potentials in reinventing the Chinese marketing landscape.

One of the biggest obstacles for customers to adopt mobile application are the issues on installation. The idea of opening the app store and entering credentials to install an app was troublesome for some customers to start with, not to mention the time required in slow mobile connection and storage required in the devices. Encouraging application installation exploits huge customer loyalty that is hard for smaller or local brands.

WeChat Mini Program, on the other hand, revolutionised “application” with its scan-and-use philosophy. Rather than entering the app store to install an application, Mini Programs only require the pre-installed WeChat app and do not require complicated sign-up and log-in process with credentials linked directly to the WeChat account. The time required to access the application is significantly shorter with WeChat Mini Program which can be as short as 0.5 seconds on initial start-up and instant on repeating visits.

The seamless and intuitive experience from Mini Program laid a hugely simplified customer process to access the services and products of a business through their mobile devices. And application updates are easier for both customer and business side as well. Updates of Mini Program do not require the app store in both approving and installing that ensures the latest features are available on every device and do not require cross-version adaptation.

The entire “grab-and-go” philosophy of WeChat Mini Program continues after the customers have finished using the Mini Program. Rather than occupying precious storage on mobile devices, Mini Program does not require gigabytes to be kept. Instead, users can leave it unattended until their next use. Customers are only involved in the selection, consideration and payment process throughout their use of Mini Program to minimize the chance of disturbing thoughts that can deteriorate customer loyalty. 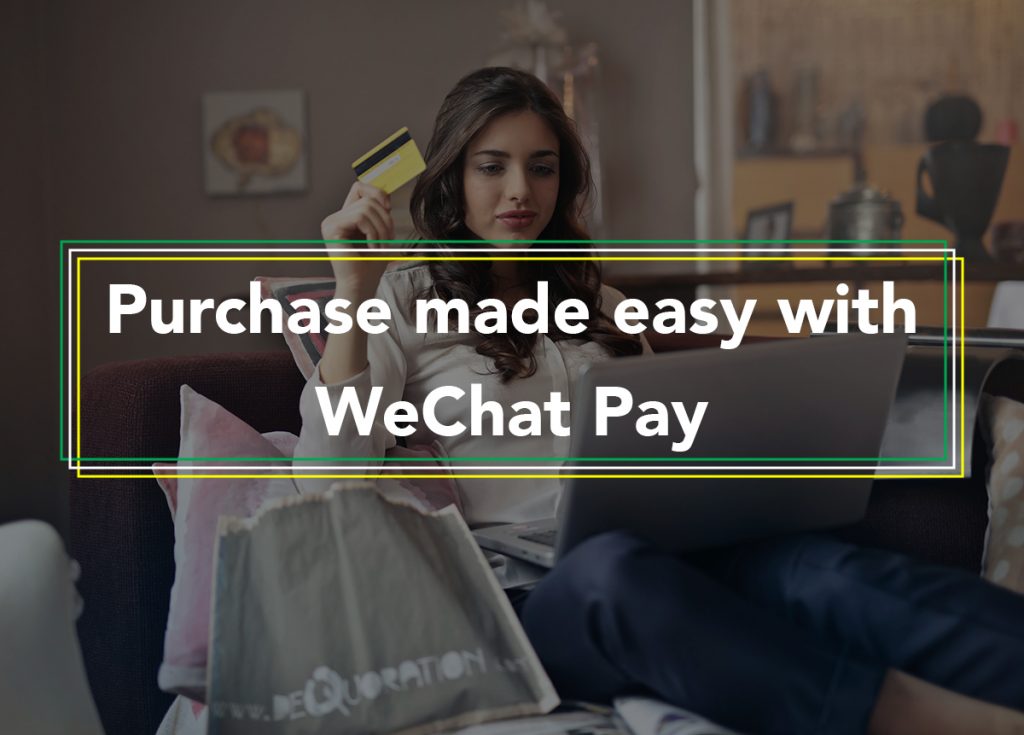 For every conversion-based marketing, the ability to pay for products or services instantly without the need of exiting the portal is crucial to turn potential customers into sales. The implementation of WeChat Pay provides the perfect spot to do so.

Purchasing directly in applications is more prominent than ever with the increased network security and enhanced security measures from card providers and banks. In fact, Australia is the 10th largest ecommerce market in the world at a value of AU$28.6 billion. Adopting ecommerce has been quintessential for business growth in Australia.

With the power of WeChat Pay, Mini Program has realised the dream of a holistic conversion platform to encourage product and service purchase without leaving the application. WeChat Pay presents as a portal for financial transaction from and to Chinese bank accounts while also facilitating transaction efficiency.

Marketing Through WeChat In Australia

With traffic being a crucial statistic to look for in the online marketing landscape, WeChat is holding a status quo equivalent to Facebook and Instagram among Chinese. Adopting WeChat as a marketing gateway is the first and most fundamental step in customising marketing to the Chinese population.

Exploiting the existing user base and technological infrastructure of WeChat, Mini Program and the accompanying Official Account allow direct contact to business from individual customers to increase resonance and loyalty to brand.

Despite Malaysian Chinese taking over Chinese from China as key players in Melbourne’s property market, Chinese descendent population across Southeast Asia continued to provide economic benefits to Australia along with their interest in the country.

Industry leaders in Australia, including Myers, David Jones and Chadstone, have taken their initiative to set up WeChat marketing channel while the Australian Government is also seen recognising the need of implementing Chinese promotion for the increasing population with Chinese literacy.

Because of the customisability of WeChat Mini Program, the potential of it is basically unlimited. Taking ourselves as an example, we have developed features like group buying discount and membership point system to increase customer interaction and loyalty for multiple brands. Other innovative features include lucky draw for discounts and surprise drops can further encourage the connection from customer to brand, online and offline.

With the implementation from major players, it is not unreasonable to predict medium-sized companies will take on the trend soon. Therefore, it has become a race between companies to adopt WeChat marketing first and secure a market share among the Chinese population and tourists in Australia.